Okay, Tuesday of Carnival, nothing better to do, I saw some promising satellite images. I picked up my bike, my camera and went to my point of observation. I got there, and saw nothing very important, the most interesting thing I saw was an updraft that fed a rain cloud over the entire time I was there. 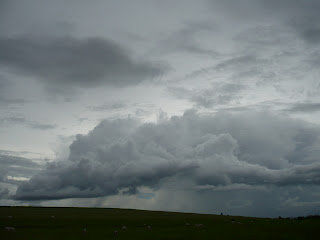 I decided to leave because I don't want get rain.
When I looked to the right and I think to see a few lines more organized in the clouds that I observed before, but I continued my way.
A few kilometers later, I saw that it was not just impression, there was something bigger than I thought.It was a monster who proceeded quietly. 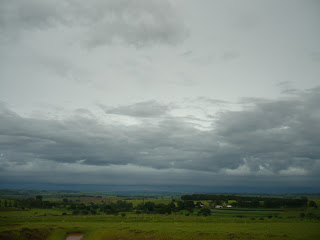 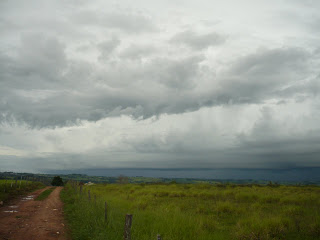 When I was approaching the city, this was my vision.

looking through satellite images, the vision was this: 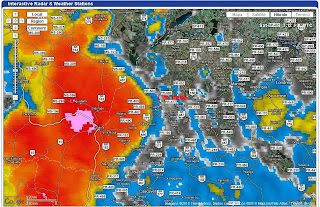 Once inside the city, I saw this: 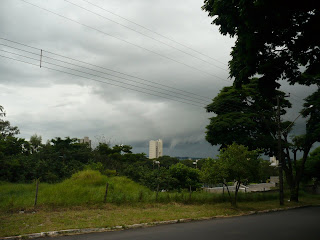 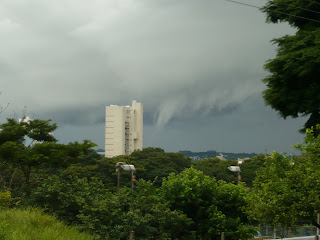 My adrenaline went up so much that I could not focus the picture. For me which I saw with my eyes was a funnel has dissipating, but it was.
I increased the contrast of this photo. The result was close to what I saw 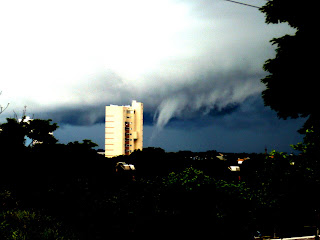 Severe weather potential for the next week

Precipitation for the next 5 days: 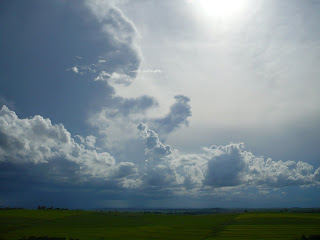 I made this video on January 24, at the beginning did not seem very promising, but the cloud start to grow and grow, and the result is possible to observe below.The first photo shows how the cloud was when I arrived at my bservation point


The second picture shows the situation after the video 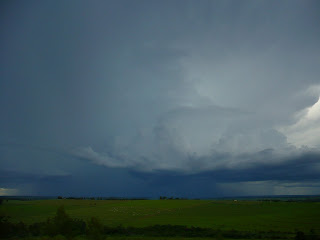 Here, the cumulus had lost intensity 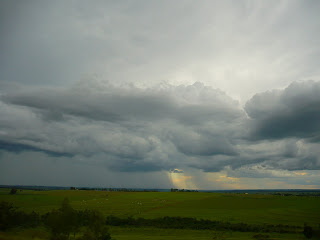 Relief from the Heat

After a period of strong heat and stable weather, a cold front move to the Paraná bringing rain and moderate wind gusts.

A Cold Front coming from Uruguay is producing storms with heavy precipitation and strong winds in the states of Santa Catarina and Parana.
Here some images of the front during the day from the Simepar Radar:
19:45

Update on the severe storms

Updating the data from the severe storms still active in the south and southeast of Brazil:

Several isolated supercells are developing in Rio Grande do Sul state, south of Brazil. And a sistem coming from Uruguay showing reflectivity on radar >65dbz:

And the heat continues 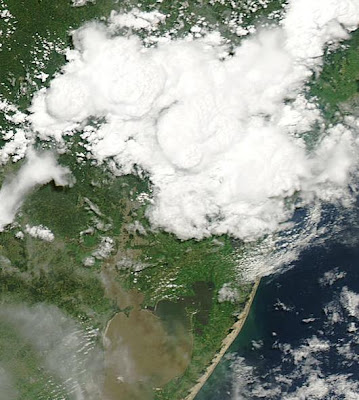 The hot atmosphere resulted yesterday in strong instabilities on the RS causing rain, winds of up to 65 km/h and hail. Forecast for the next days

Precipitation for the next 3 days:

And now pictures of the gust front: